British Airways: To Fly. To Serve. To fail to communicate.

How is it that a company such as BA could fail so miserably to deal with the crisis that plagued its operations over one of the busiest times of the year?

With an army of PR professionals and communication advisors, the hierarchy, namely Alex Cruz, thought he could fend off the media and more importantly those caught up in the IT debacle with a couple of video messages. An apology is one thing but when it fails to address some of the most basic needs of the passengers, including flight information, compensation claims, and the duration of delays, the opportunity to take control of the situation is lost.

BA simply took too long to respond. Put the IT glitch and the problems associated with that aside, BA’s inability to put someone up for an interview in the immediate aftermath was a catastrophic failure in terms of reputation management. In fact, it was left up to one BA pilot to fly the flag for the beleaguered airline. A passenger reportedly said; “Hats off to our pilot. He’s taken responsibility (although it’s not his fault) and told us of the situation, the fact that he’s doing everything he can to get passengers off the plane, and is providing free food and drinks for those who want it (even though it’s against company policy) – he got a standing ovation.”

That pilot showed compassion not only via his words but also through his action. If BA had followed suit, it surely would have won a few brownie points.

BA’s press team have, according to the Sun’s Lisa Minot, lost two of its senior PR employees and the agency Grayling which handles its PR for Europe and Asia Pacific was not involved, so it begs the question are the rest not up to it?! Surely a company such as BA will have tried and tested crisis communications plans in place, if so why did they not make an appearance?

Sometimes it’s not the communication advisors who are at fault but those who refuse to heed their advice. I suspect Mr Cruz was reluctant to put himself up for an interview but better to do it sooner and offer leadership and guidance rather than later where you’re on the backfoot and having to defend your position against a barrage of criticism.

And one more tip Mr Cruz, in your video message you were wearing a high vis jacket in the office!? The number one rule of TV appearances; ensure you blend into the environment so you don’t detract from the message.

It was badly put together and badly delivered, but you don’t need me to tell you that, the compensation bill and plummeting sales will be the real indicator!

Having said all that, I will continue to use BA, one reason is, I have limited choice when travelling to certain destinations, but the main reason is that I think the carrier will learn from this and improve its customer service.

Please BA, get back To Fly. To Serve.

This blog is provided by Sukhi Hayer, Media and Communications Training Director.

Develop, promote and grow your business with Axiom Online 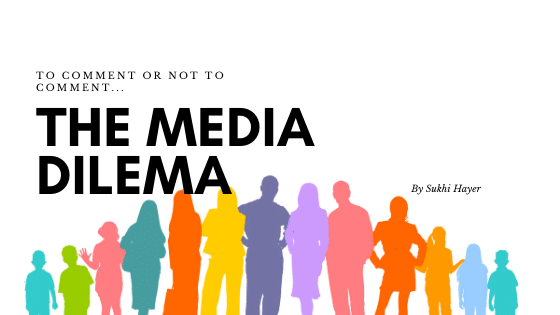